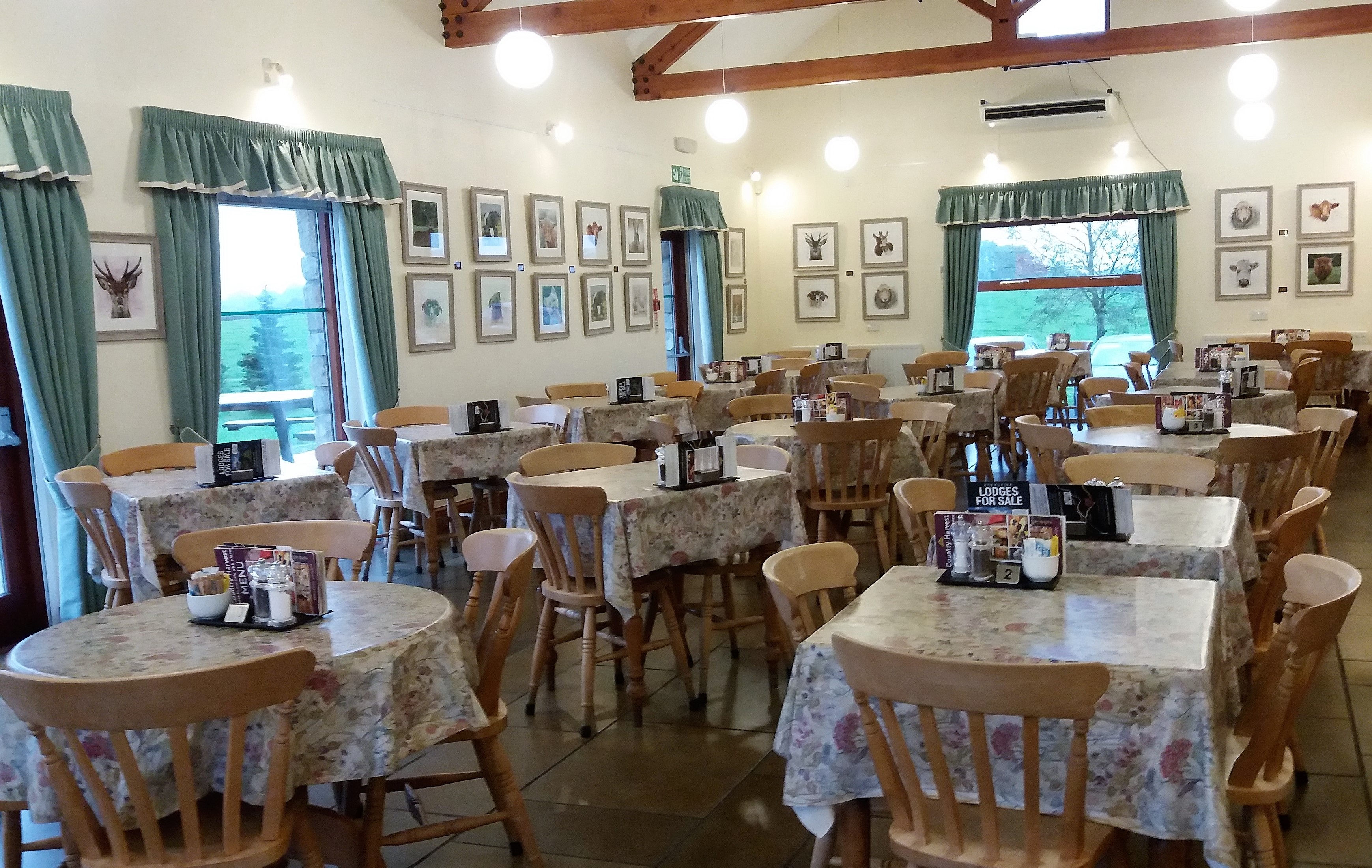 Country Harvest is a family-owned business on the A65 just outside the village of Ingleton in North Yorkshire. We have a large food hall with an award-winning butchery department, cheese counter selling the best cheeses made in Yorkshire, Lancashire and Cumbria, deli and our own bakery.

Our Coffee Shop is closed for the foreseeable future, although we are offering a limited takeaway service.

We also sell gifts and women’s and children’s clothing, including  Marble, Joules, Regatta and Seasalt. From October 1st to January 6th every year we open a Christmas Cabin.

Within easy access from Yorkshire, Cumbria, the Lake District and Lancashire, we were voted Westmorland Gazette Business & Tourism Awards Retailer of the Year in 2013 and awarded a Trip Advisor Certificate of Excellence for 2018 & 2019.

We open seven days a week from 9-5pm Monday to Saturdays and 10-5pm on Sundays. During the summer, from April 1-October 31, we open slightly later until 5.30pm.

Our butcher George Taylor, the 2014/15 UK Young Butcher of the Year and a finalist in the 2015 Meat Management industry awards, is in charge of the butchery department. His ‘gourmet lamb & mint burger’ and his ‘Cajun chicken burger’ have both been named some of the best burgers in the UK. George’s thin pork sausage also  won Reserve Supreme Champion at the Craft Bakers & Butchers Extravaganza at Harrogate.

Our three-acre site offers ample free parking with stunning views of Ingleborough. We look forward to welcoming you soon.

We did our best to keep it open as long as possible but we have found it impossible to enforce social distancing and the health of our staff and local customers has to be paramount.

We will be offering a limited delivery service to local customers while stocks last.

Our bakery in Station Road, Bentham is also closed for the foreseeable future.